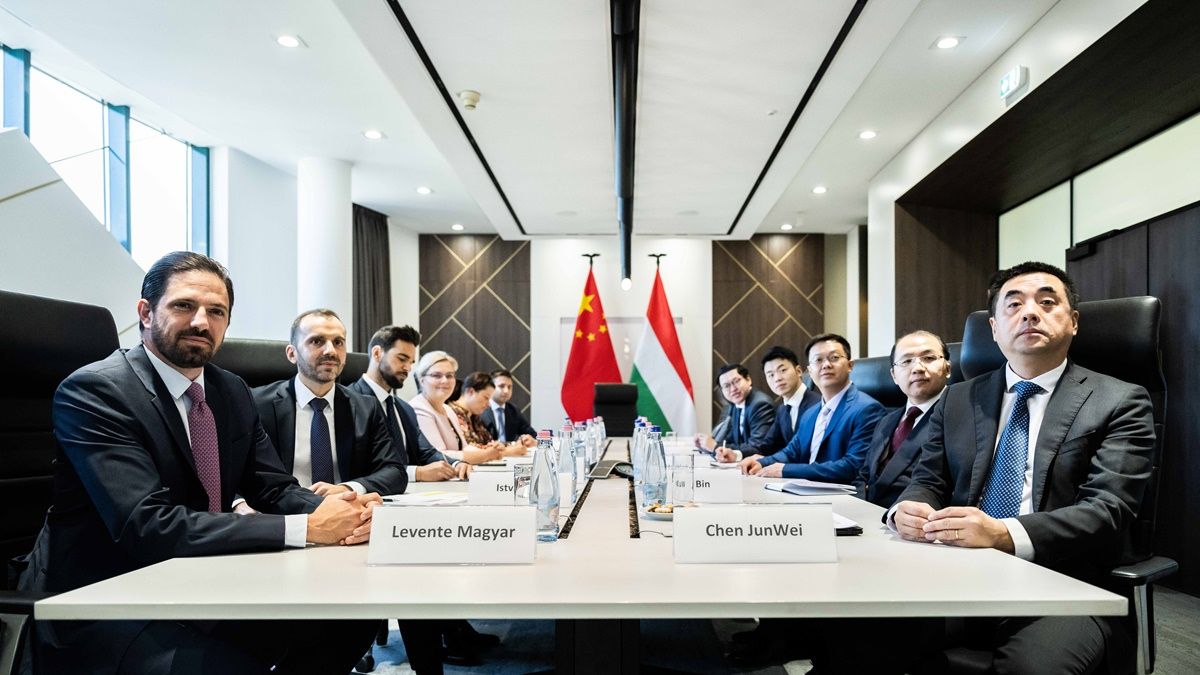 The largest manufacturer of batteries for electric vehicles in China, Contemporary Amperex Technology Ltd (CATL), recently revealed plans to construct a battery plant in Hungary at a cost of 7.34 billion euros (50.79 billion yuan).

When completed, it will be the largest battery cell manufacturing facility in Europe. It will be “the largest ever greenfield investment in the history of Hungary,” the Hungarian government has claimed. Although they have publicly said “No,” the Hungarian government is paying close attention to the investment patterns of Chinese firms. Some foreign media have stated that Hungary received the “largest ever investment in history” because it “supported China,” which is somewhat bitter.

Is there a particular reason why CATL decided to set up shop in Hungary? Those with keen business acumen will immediately recognize this as a totally standard course of action. Since Hungary is located in the middle of Europe and has a strong industrial foundation, Chinese businesses there can more easily reach and cater to the needs of their European consumers. In addition, the Hungarian government and business climate are quite stable, which is especially important for Chinese enterprises.

As the first European country to sign an MoU with China on implementing the “Belt and Road” Initiative, Hungary has provided numerous incentives for Chinese investment. That’s why during the past two years, there’s been a steadily growing number of Chinese firms setting up shop in Hungary. Bilateral commerce between China and Hungary increased by 34.5 percent in 2021 compared to the previous year. Chinese electric car manufacturer NIO recently announced plans to open its first overseas production in Hungary, and in June, PC maker Lenovo opened its first European factory there as well.

It has been reported by certain envious international media outlets that Hungary has successfully attracted substantial investment geared at “helping China in the long run.” It’s best to use this time to really think about the reasons CATL has delayed its North American plant construction. The United States has historically been the top destination for overseas investment. However, the government has set many disastrous precedents over the years, turning formerly fertile investment soil into a minefield due to the pernicious climate of pan-politicization and generalization of the concept of security.

For instance, Washington has allegedly “technically confiscated” funds from international high-tech corporations and coerced foreign tech firms into handing over their proprietary knowledge, leading many to label these actions as tantamount to “open robbery.” How can a business grow if it has to continually fret that its capital is at risk of being seized or wasted? US media have reported that CATL has been planning for some time to develop US battery plants and has even toured certain locations in the US, but may ultimately decide to build facility in Mexico instead. It must be noted that CATL’s concerns mirror those of a great number of other businesses.

Reasons to look for investors in China

Why are Chinese investors willing to invest into foreign businesses?

How to let investors find you?

You could inquire as to whether they use Google to look up your company. Naturally not. To find what they need, though, they utilize Baidu, a search engine that functions similarly to Google but is aimed only at the Chinese market. This means they will need to find you once they begin looking for a project to fund.

Having a Chinese website that is, in theory, searchable is not enough to ensure that your content will be seen. For this reason, a Chinese investor is unlikely to spend time looking at more than a handful of results in a search engine.

Fortunately, with SEO, you may rise to the top of Baidu’s search results and let the investor find your website by accident.

How to get on top in Baidu?

A top rank on Baidu will give you a chance to enjoy a bit more trust from Chinese investors – a reason to be happy with this significant achievement.

What comes next to attract Chinese Investors?

You should contact us for more successful case studies and deeper insights.

Because we are the GMA – we know how to make investors turn to your business.

BITXAO is an advanced trading platform that is designed for all digital assets traders and specializes in Bitcoins, Altcoins (Ethereum, NEO, ICOs). At Bitxao, we reward high volume traders offering them zero fees. Bitxao, the ultimate trading platform for digital assets, provides advanced exchange functionalities to allow users to buy and sell Bitcoins and other Altcoins.

DUKASCOPY is a Swiss innovative online bank based in Geneva, in Switzerland, providing Internet based and mobile trading services (with focus on foreign exchange, bullion, CFD and binaries), banking and other financial services through proprietary technological solutions.

Despite assurances that depositors in China’s Henan villages will receive their frozen funds in installments, with the first payment due on July 15, only a handful of depositors have received payments, raising serious doubts as to whether banks have any funds left over. On July 10, over one thousand depositors gathered outside the Zhengzhou branch…