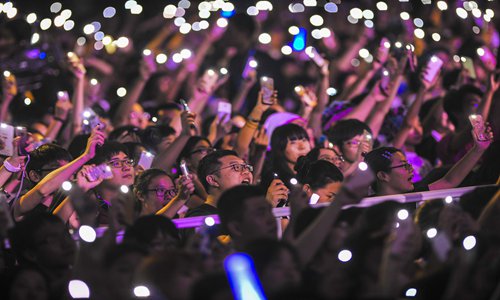 There were 160 million trips abroad in 2018, but the development of Chinese tourism is not just about numbers: the Chinese tourist is no longer the one we were used to, just a short time ago. And even if the stereotype “group travel, racing at low prices, visits to the must and shopping” is difficult to change, the reality is different.

Today, Chinese tourists are different from each other just like tourists from any other country, with a “special sign”: they usually spend a lot more.
In fact, China is not only the largest tourist market in the world, but it is also the one that shows the greatest spending power. And we are only at the beginning of the “Chinese century of tourism“, since less than 10% of the Chinese population has a passport, and the estimates speak of a doubling of this number in a few years.

The importance of music for Chinese

From music seen as care that comes from Confucianism, to lounge music to k-pop that pervades the earphones of the very young Chinese, music plays an important role in China. More than 977 million people in China – 72% of the population – listen to music every week, according to a new survey of the country’s listening habits.
The average Chinese consumer enjoys 16 hours of music per week, with 66% of listeners using streaming service.China has a healthy live scene, with 57% of affluent fans attending concerts, compared to 51% in the US

The Chinese, as far as the millennial are concerned, are the most willing to travel to participate in festivals and musical events: this is confirmed by a research conducted by eDreams. In addition, the statistics show that before the Chinese were a tourist who moved mainly in groups, now the percentage of those who prefer individual trips is growing, a tourist who looks for must-haves but does not disdain the most particular destinations, a tourist who is increasingly looking for an experiential journey. As for the experiences, it seems that a good part is planning trips based on musical tastes, thus increasing music tourism in the Chinese market.

22% of Chinese people are interested in traveling to take part in a music festival or concert. To travel on the tracks of music, in 47% of cases, are young people between 20 and 30 years old: they are mainly them, to organize trips within China, but abroad for this reason. A reason that has much wider implications: if you plan a trip because, in that particular place, there is a festival that we are interested in following, that same trip becomes the opportunity to explore new cultures and new places. beyond the event itself.

But musical tourism is not just about “events” but also about “places”. A tourist who leaves for a holiday in the name of music could find interesting to travel by following an itinerary that touches both the places where the great musicians have trodden the scenes and cities where there are interesting museums that have rooms or where exhibitions are held dedicated to music.

Let’s not forget that the artists, even when they are really famous, have world-wide fame and are in all respects “citizens of the world”, still have a city that gave them birthplace, places where they lived or places that are still linked at moments of their life. Well: all these places are an interesting starting point for those Chinese travelers who want to embark on a journey into music with music as a companion.

The future is bright for music festival trips

The niche of musical tourism is destined to grow steadily in the next few years, but it is also the least explored and analyzed systematically. It is one of the few areas where the offer can not satisfy all the demand. Music tourism in Italy is a relatively young phenomenon, still developing, both in terms of demand and supply. The average Chinese tourist will go for example to Italy to attend above all lyrical works, not disdaining the concerts. Lives the theater as a place to visit in the same way as a museum or a monument. The younger Chinese tourist, in the choice, follows more the artist than the opera, and prefers concerts and music festivals with international icons such as the Coachella in California or the Primavera sound in Barcelona.
In the near future it will be good to accompany peak journeys accompanied by internationally renowned music critics to create moments of discussion and conviviality linked to the musical experience. This will bring customers to be strongly loyal and to want to find each other again to recreate a ‘community’.

Why proposing a music trip in your country?

What are the advantages of an itinerary made of music? Let’s see them below: music is everywhere. The musical tradition is widespread: it is easy to insert one or more “musical stages” in each travel itinerary, whether it be a live music concert.

Music for all tastes. More than “musical culture” we must speak of “musical cultures”: the music tour draws on the enormous variety of genres and musical traditions and can be organized to satisfy all preferences.

Territory still to be explored. Musical tourism is a fast-growing niche for Chinese in the sector, but it is still in the virgin territory: trips and itineraries in music can become the strength of tour operators and enterprising

How to propose your music festival to Chinese tourists?

A recent study commissioned by Ctrip, the online tourism giant in China, showed that just 18% of the Chinese sample surveyed still buy a trip to the agency. The rest often buy online, of which over 50% through mobile applications.

This means that in order to sell outbound trips to Chinese tourists, classic agencies need less and less in China, and it is mandatory to be online to offer their trips and be able to buy them.

Not only online, we must take into account the changes in the way people use the internet: people prefer apps because they always offer more opportunities and are quick to compare, as well as allowing you to interact with other functions and have immediate feedback from other users.

So how to show off your proposals and attract an increasing number of Chinese tourists?

Surely not neglecting the off-line channel but also enhancing the online sales channel and creating the appropriate structure.

To do this, the roads to follow are increasingly complex because they no longer pass only through the classic website, which however is always essential to have as a reference, with a style that attracts the Chinese public and an SEO suitable for the engine of Chinese research Baidu.
Wechat, Dianping and the tourism marketplaces in China have redefined not so much the offer as the marketing strategy which is now no longer addressed to “consumers” but to “informants”.

People need to be informed, first of all by those who propose the package but secondly also by those who have already ‘bought or by the comments that reads. At the same time inform others about their experiences leaving a trace on the products to be purchased and giving other references that are otherwise difficult to find.

With these new channels of entertainment / information, the journey begins to be a fun experience already from the purchase, especially when you know how to use well promotions, offers and any other strategy aimed at giving exclusivity in some way to what you are going to buy, even in the price naturally.

Basically you have two ways to sell your trips to Chinese tourists:

Contact our agency GMA, the in digital marketing in China, together make your business . 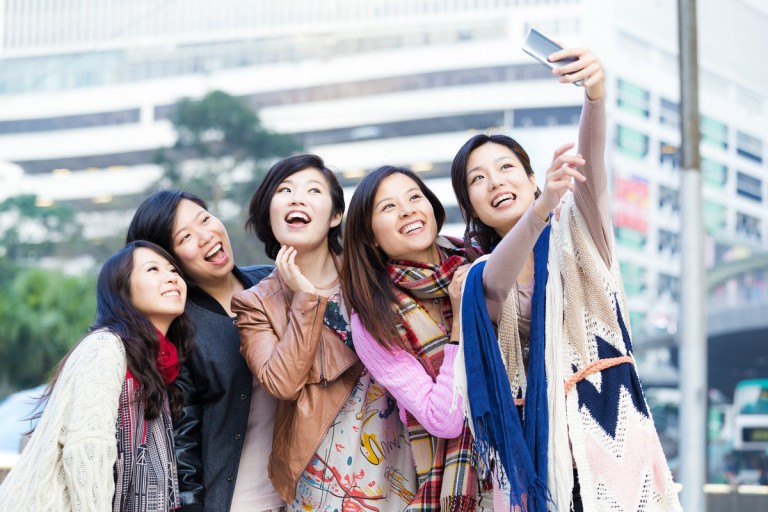 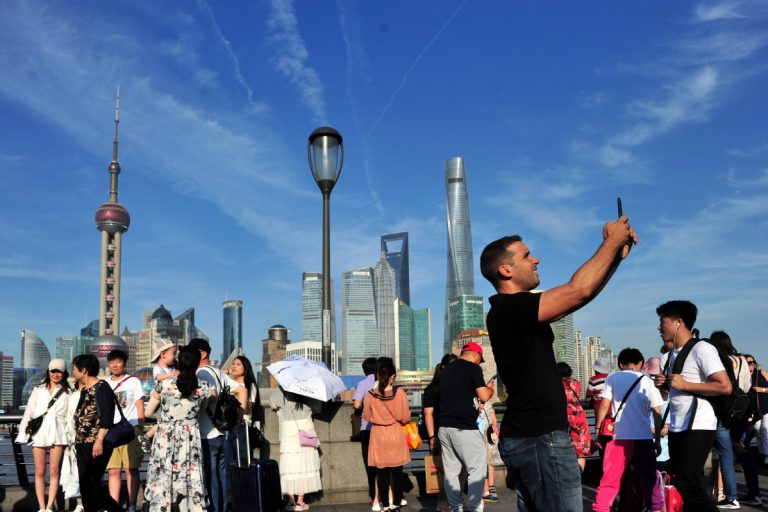 China’s central bank and the Ministry of Culture and Tourism issued a joint announcement on Monday regarding the enhancement of financial support for the culture and tourism industries, including the expansion of financing measures and the reduction of financing costs for businesses, in order to boost the recovery of this COVID-ravaged sector. The two departments… 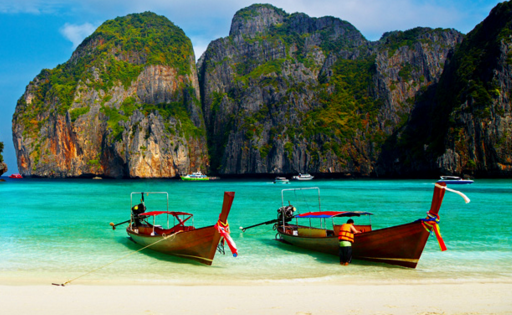 Chinese tourists in Thailand: The Future is now! Thailand welcomes more and more Chinese tourists, but in a mixed reception as these latter spit everywhere, urinate or defecate in common places while they spend a lot of money there. 9 million Chinese People visited Thailand in 2017. Chinese tourists to Thailand represent 30% of total inbound travelers (Tourism Authority… 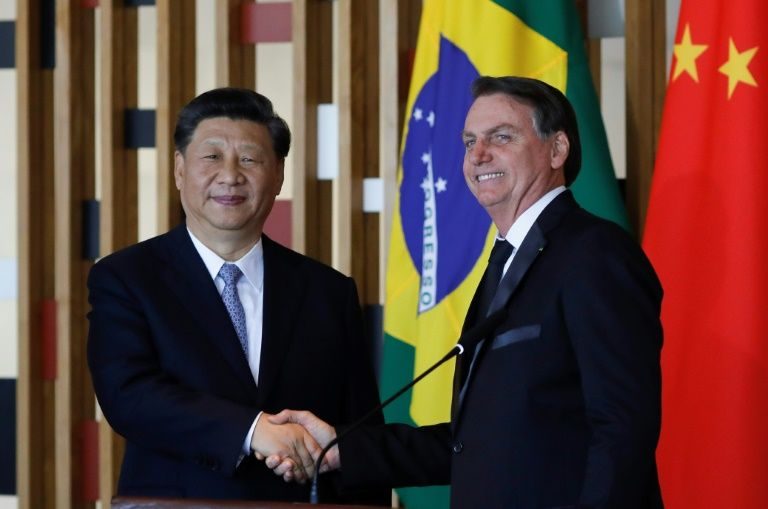