Global luxury brands have been developing new digital and physical ways to showcase their haute couture collections in China over the last few years. The Dior Spring Summer 2020 collection was streamed live on Huawei PP. In 2020, the first digital haute couture show in China  was directed by Matteo Garrone. Coronavirus restrictions have led to a lack of Chinese representation at European fashion shows. This has encouraged brands to seek new communication and localization strategies for the Chinese market. Balenciaga displayed 30 looks from the 50th Couture Collection in 2021. They also offered viewings, fittings and performances for clients, journalists, and VIPs.

One consequence of lockdowns can be the creation of a new map of luxury where the international attention is more focused on Asia and China. According to Bain & Company, China was the only country that saw a significant increase in luxury sales in 2020. Luxury sales increased by 48 per cent between 2019 and 2020, a total of 346 billion RMB (roughly $44 billion). This was due to the inability of travelers to fly because transactions can be done directly at national borders.

Fast two years later, Chinese luxury goods consumers are more inclined to invest in luxury goods. Yuan Zou of Hylink Europe, Head of Luxury and Fashion, stated that “it is expected that by 2025, 50% of global luxury goods consumption revenues will be generated from Chinese consumers.” Due to the rapid growth of the middle class, China will be the largest luxury market worldwide, surpassing the USA.

Some brands are “real Chinese rising stars” and are changing the couture world. “There are more options than ever and Chinese consumers have the option to select couture brands with Chinese culture and Chinese sewing methods.” China’s future in couture lies in luxury consumers’ desires and willingness to invest their money.

The importance of digital strategies after they were tested during the pandemic. “All couture shows now are run online to ensure that there is no exclusivity.” They also go live at Chinese time so that everyone can participate.

The bottom line is

Despite growing interest in Chinese couture luxury brands will need keep their conversations with China going as China becomes wealthier. Global brands will continue to localize their strategies and bring couture experiences directly to Chinese cities, as China is home for a third of the rich Asians.

China’s continuous transition to a market-oriented economy is generating a steady stream of new rich after decades of communist rule.

The increasing demand for high-end couture fashion is a sign of a growing consumer base. Chinese women can spend thousands of dollars on designer clothes, and Chinese businessmen turn to prestigious tailors to get stylish business suits and quality.

It’s been 40 years since the days when everyone wore the same clothes. Chinese people are now more willing to express themselves through unique outfits that make them stand out.

Fashion made-to-measure is more than just a service. It’s an art form that creates exquisite, artisan costumes for every client. Couturiers measure the body and create a custom pattern. They then carefully choose fabrics and hand-sew each piece until the garment fits perfectly. It is not about making a garment, but creating a new way for Chinese people to show off their style to the rest of the world.

For the past 20 years, the Chinese super-rich have been known to prefer international “Western” designers to local ones. But that is changing, especially with younger generations.

Chinese couture designers have international experience and are now making their voices heard in the high-end apparel industry. They aim to make modern Chinese women look beautiful and present Chinese fashion to the rest of the world.

Local fashion designers have the advantage to better understand their Chinese clients. They can identify the body type, skin tone, and other needs. With their closets full of Gucci and Louis Vuitton, they are offering a unique experience for Chinese luxury clients.

China’s wealthy have an insatiable desire for haute couture

China’s millionaires club is growing rapidly. Many new members include women who aren’t afraid to pay $10,000 (5,000 pounds), for a cocktail dress by a top international designer.

Sebastian Suhl (Asia-Pacific chief executive at Prada), said that “the Chinese are the newcomers on the global market.” Prada has nine shops in China.

They are very interested in fashion. Fashion is clearly a symbol of status. However, luxury can also be a bridge to the modern world.

According to Merrill Lynch and Capgemini, China’s economy grew more than 10% annually over the past five year. The country had 345,000 millionaires in the US dollar by 2006, with a third being women.

About 5,000 Chinese mainlanders had assets in excess of $30 million and accounted for a third Asia-Pacific’s super-rich.

Even Chinese women with millions of dollars in savings are willing to spend their money on designer fashions. This is a status symbol that can be used in communist countries where wealth trappings are increasingly being a priority.

A Chinese manager of 30 years, is elegantly dressed in Hermes. Although she has not been to France yet, she claims it is her favorite brand.

Zhang, who is a manager in an electric power company located in Guangzhou, said that she likes its simplicity and makes her feel elegant.

“France to me is elegance: good fashion.”

Luxury goods manufacturers like Louis Vuitton have been able to benefit from the booming Chinese demand for clothes and accessories with prestigious logos. However, western couture houses like Hermes are now focusing on the discreet tastes of the super-rich.

“The market in mainland China is still very accessories-oriented, but we believe that that will change,” stated Alex Bolen, chief executive at Oscar de la Renta’s New York-based couture house. Their sleek cocktail dresses sell for as high as $10,000 while their evening gowns are close to twice that.

There is definitely a market to the cocktail dress. We were pleasantly surprised by how quickly our customers have adopted our daywear.

Lane Crawford, a high-end department store in Hong Kong, is leading the charge. It is bringing Chinese designers who are considered to be on the cutting edge of the West, but not well-known in China.

Vogue China’s Chinese fashion editors have been a prominent presence on the European fashion scene.

China’s continuous transition to a market-oriented economy is generating a steady stream of new rich after decades of communist rule.

Angelica Cheung (editor of Vogue China) says that the increasing sophistication and purchasing power of wealthy clients is creating a diverse market for fashion. It was founded in 2005 and has 320,000 subscribers.

Cheung stated that “it’s very different than the West, there is a lot entrepreneurial opportunities, and there are many wealthy people emerging every day.”

A young woman might be earning a monthly salary of 5,000 Yuan (362 Pounds) and could one day be starting her own business. It’s an extremely aspirational market. She might start with a Louis Vuitton bag, but she may move to Marni or a more niche product in the future.

According to MasterCard, Chanel is the most popular high-end fashion brand among affluent Chinese. Giorgio Armani is second.

Oscar de la Renta believes China is the key to its strategy for Asia. It hopes that China will account for 20% of its sales in five years, up from 5% at present. This is thanks to its accessories business.

Local department stores can sell luxury brands’ perfumes and cosmetics. However, ready-to wear fashion is a different story. There are only a few luxury malls like Plaza 66 in Shanghai or Lane Crawford in Beijing that allow them to sell their products. The rents are high.

Marcel Braun, Hong Kong-based executive Vice President of Swiss company DKSH (which advises luxury companies on market expansion), said that they are overpaying for rent but were looking at China as an opportunity to invest.

“Fifteen year ago, brands left. They can’t do it anymore because China is too important.

Luxury goods companies in China continue to copy accessories brands, although it is less common among high-end apparel.

You can still find high-quality replicas of designer handbags in Beijing and Shanghai at a fraction of the price.

Analysts say that China’s luxury market remains in its infancy. Luxury retailers are still trying to figure out the best model and sales strategy.

Lane Crawford’s Beijing store features pieces of modern art. This is a new way to shop. The store sells over 600 premium fashion brands. However, shoppers often complain that they are scarce.

Lane Crawford said that the Beijing store is only one stage of a long-term strategy for China. Other stores will follow in the future.

According to retail analysts, having a flagship store instead of being one of many brands in a department store is the best way for brand recognition and exclusivity.

It is however difficult and costly to find boutique-worthy sites in China because of the high rents in high-end locations.

The next step is to reach beyond Beijing and Shanghai. Credit Suisse reports that Chengdu was replaced by Shenzhen in the south boom city of Shenzhen in 2007 as the capital with the highest luxury goods spending. Wuhan and Shenzhen have doubled their luxury market sizes.

Braun believes that fast-growing cities like Dalian in the northeast offer greater opportunities for expansion than those in southern cities.

Zhang Ning, Guangzhou’s resident, travels to Hong Kong to shop for Hermes. There is no sales tax in Hong Kong and luxury goods are 30% cheaper than elsewhere on the mainland.

Hong Kong is a long-established market for luxury products. However, it also has a wider selection of designers.

After the U.S. casino operators arrived in the last few years, Neighbouring Macau has become a shopping center for wealthy mainland Chinese.

Why Balenciaga brought its Haute Couture Collection to China

Cedric Charbit, CEO of Balenciaga, discusses why the company is hosting its first event in China. He also reveals the reasons for Balenciaga’s couture collection presentation.

Chinese clients couldn’t travel to Paris to celebrate Balenciaga’s triumphant return to haute couture in July. So the house brought its finest creations to Shanghai instead for a five-day event, which began on Friday.

Bain predicts China will be the largest luxury market by 2025. This is after Chinese spending has doubled in this sector between 2019 and 2021.Bain states that luxury leather goods, fashion jewellery, and cosmetics sales are on the rise in China. They will surpass all other markets within three years.According to the consulting firm, more… 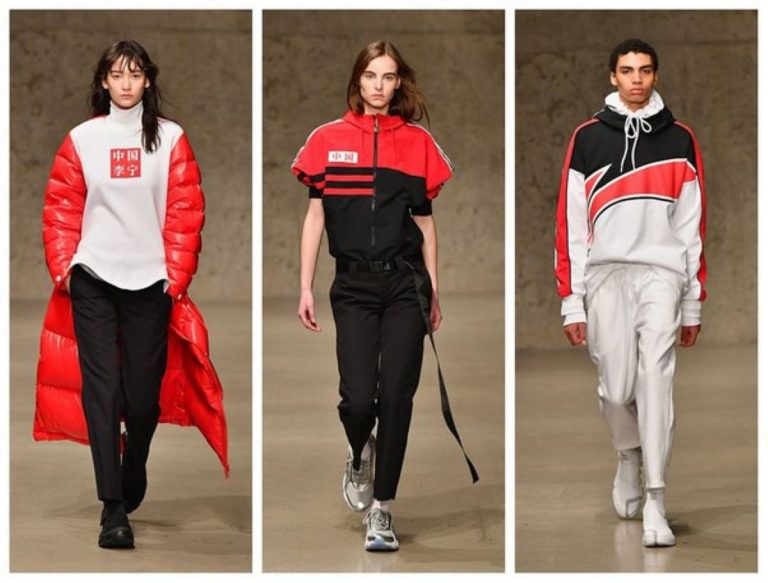 Li-Ning, a Chinese-owned sportswear company, is set to gain popularity in the booming coffee market. Li-Ning, the Chinese sportswear brand that gave birth to the Guochao fashion trend at Paris Fashion Week 2018, has now woken up China’s booming coffee market with its application to register its own coffee brand “NING COFEE”. According to records… 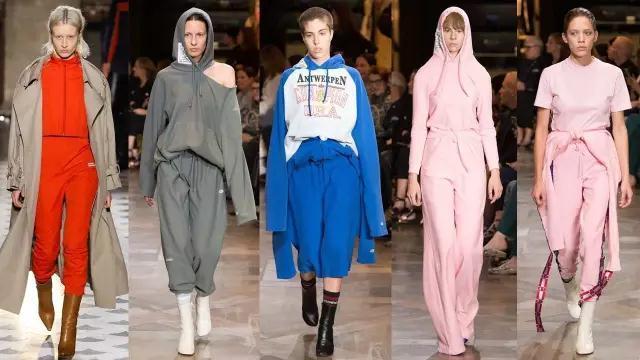